By all accounts Human Trafficking is a multi-billion-dollar industry that effects every corner of the globe. Some estimates show that annual instances of forced labor now eclipse the total number of slaves stolen from their homelands during the entirety of the transatlantic slave trade (Gerrard, 2018). Current statistics and numbers are admittedly often based on guesswork and are further skewed for political purposes, often to the benefit of larger wealthier nations. Much of what we know about the trafficking numbers occurs only after arrests and criminal prosecution. Further, in order to boost their Trafficking in Persons Report rating, it has been shown many smaller nations have targeted migrants or illegal immigrants and those criminal charges are not always consistent with actual trafficking activities. [paraphrased from Kempadoo, 2017) Regardless, it is a fact that forced labor and sex trafficking is experienced by tens of thousands of men, women and children annually.

Trafficking disproportionately affects displaced persons and migrant women and children who are already victims of climate change, regional conflicts, wars or natural disasters. It also disproportionately affects members of lower economic classes, people of color and people of lower ethnic or religious standing in more homogenous nations. Furthermore, trafficking is not necessarily transnational and, in the case of displaced persons, can often be inter-regional. Smuggling is not trafficking, though smuggling can turn into a trafficking situation for some depending on circumstances.

Migrant Camps have become ubiquitous and now exist in virtually every region of the world. The UN estimates there are roughly 71 million forcibly displaced persons globally as of June 2019. While many will not become victims of human trafficking, the rates of underpaid or unpaid labor are staggering. Additionally, as illustrated through the results of research in Italy (Central Mediterranean route) and Bulgaria, Greece, Hungary, Kosovo*, Montenegro, Romania, Serbia and the former Yugoslav Republic of Macedonia (Eastern Mediterranean route) from February to September 2017, migrants are particularly subject to some type of exploitation or trafficking practices. When interviewed, 79% answered “yes” to at least one of the four indicators of human trafficking and other exploitative practices. Sixty-seven percent said they had been “held . . . against their will during the[ir] journey[] by armed individuals or groups other than . . . government authorities”; Forty-seven percent had worked without getting the expected payment; thirty-six percent were forced to work; seventy-five percent suffered physical violence of some kind; and 0.3% were approached by someone with offers of an arranged marriage (Gerrard, 2018).

It is estimated that between 17 and 20 million people are displaced annually due to natural disasters. According to the Internal Displacement Monitoring Centre, there were 18.8 million new disaster-related internal displacements recorded in 2017 (UNHCR.org), many of which occur in developing countries that face a higher risk of internal displacement. Additionally, many others are displaced due to regional conflict often predicated on lack of water, deforestation and desertification (Gerrard, 2018). While these conflicts are not directly related to natural disaster, the common causation is climate change. It is estimated that by mid-century forced displacement could affect hundreds of millions of people in every corner of the world, including the wealthiest cities and nations. This in turn means that the rate of exploitation and trafficking will increase at an alarming rate.

While sex trafficking is often what we envision when we think of human trafficking, the reality is forced labor is much more pervasive and happens right here in the US. In fact, after Hurricane Katrina an estimated 3,750 people were victims of forced labor in the effort to rebuild after the storm. In one instance, 500 men from India were recruited and forced to pay up to $20,000 in recruitment and travel fees with the promise of green cards, employment and permanent residence for their families. They received none of this and were forced to pay over $1000 a month for their substandard living arrangements. (Stout, 2018)

What Can We Do to HELP:
Natural disasters will continue to happen and therefore instances of human trafficking and forced displacement will also continue to grow. There are several actions that you can take to help address and help fix this ever-growing problem: 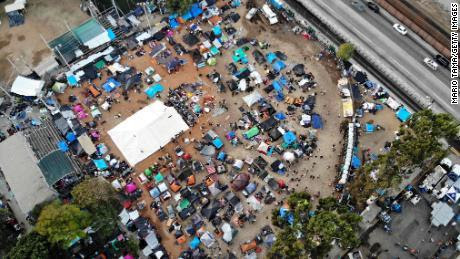 A view of migrant’s makeshift camp, near the village of Idomeni. Greece. Photo: Reuters 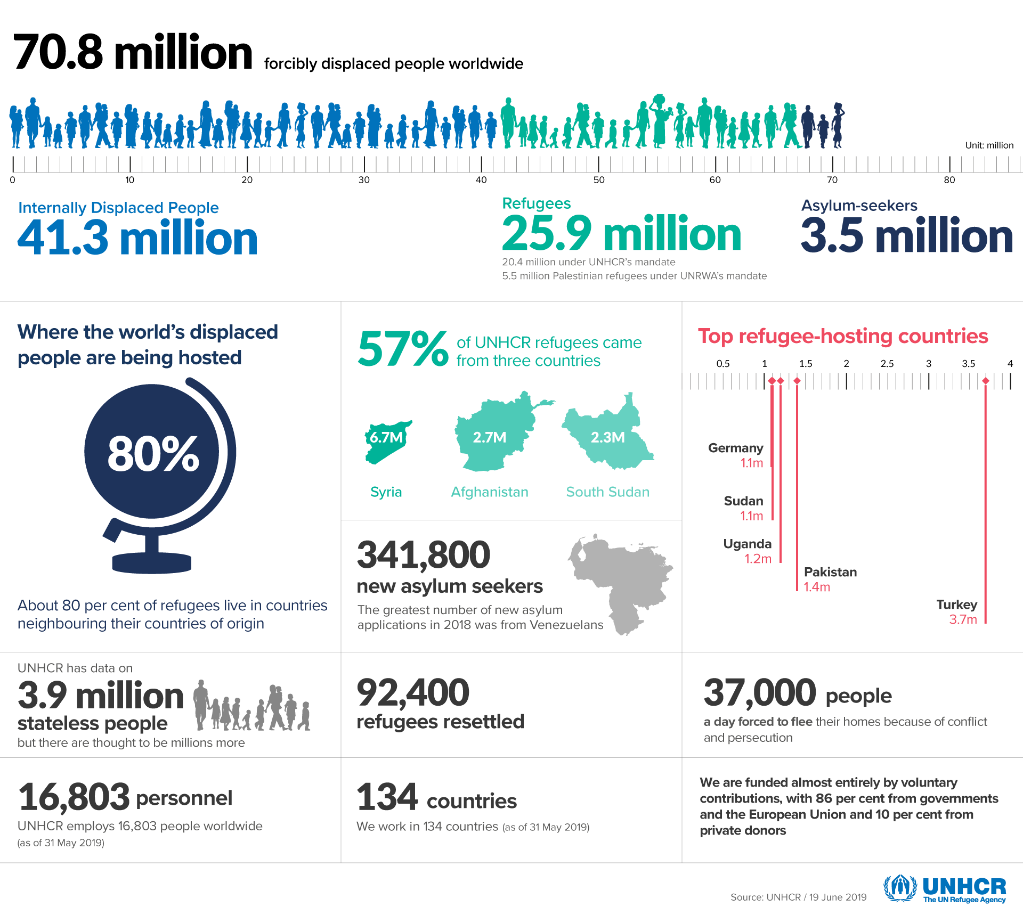 The War on Humans: Anti-Trafficking in the Caribbean

Human Trafficking in the Wake of Natural Disasters